Still frame from the author's interview with Metallica's Lars Ulrich courtesy of Wired.com (link below)

Intrepid Evolver.fm intern Peter Amara scoured the internet for the latest and greatest music apps from the previous week.

His haul was as impressive as it was last time around. Here’s what he found for the two most popular mobile app platforms:

LaDiDa (free): Khu.sh’s excellent reverse-karaoke app LaDiDa, which used to cost $3, is now free, giving you the power to compose music by simply singing a melody into your iPhone. The app does the rest, adding instrumentation that makes sense with whatever you sang, which is approximately as neat as it sounds. I shot some video of the company’s co-founders demonstrating the app at SXSW last year.

BoxyTunes ($2): Cloud music is all the rage these days (see Music Beta by Google, Amazon Cloud Locker, and Apple “iCloud”). Why not use DropBox, the same cloud data service you’re probably already using to share other data, as your own cloud music service? Like the already-reviewed DropTunes before it, BoxyTunes ($2 for a limited time) lets you stream music stored on your DropBox account to your iPhone. Bonus: It has AirPlay support.

Live Metallica ($1): Live music powerhouse Nugs.net is behind this official Metallica iPhone app, which lets you stream the band’s latest show, as recorded by the band’s own engineer, to your iPhone for free, once you’ve purchased the app, as well as listening to “almost every live note Metallica has played since 2004.” Lars Ulrich and company have certainly come a long way since their much-lampooned anti-Napster days. (Watch my one-on-one interview with Lars about how he bittorrented a Metallica album.)

InStereo (free): This free iPhone app from developer David Henderson allows any two iPhones, iPads, and/or iPod Touches to play music in stereo. The left channel goes to one device, and the right channel goes to the other, bringing stereo sound to your campsite or hotel room.

SleepMe Music Timer for iPad ($1): The iPhone lets you set your music to play as you go to sleep, turning off after a specified amount of time, but the iPad lacks that feature. If you’re an iPad owner who’d like to fall asleep to the dulcet tones of that device, SleepMe Music Timer has you covered for a buck.

doubleTwist Player (free): Sneakernet, meet P2P! Like the Bump iPhone app we profiled earlier, the latest version of the doubleTwist music and video player for Android includes a new feature called DoubleTap that enables any two Android phones capable of near-field communication (NFC), such as the Google Nexus S, share songs with a simple tap. Check out the video demonstration here: 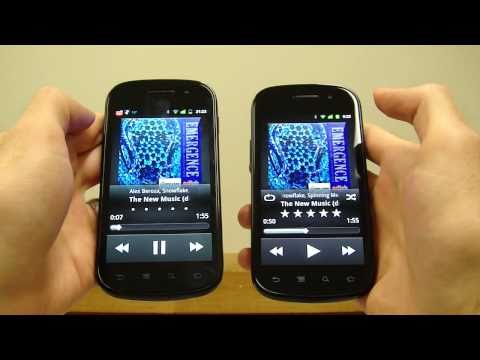 Not only that, but doubleTwist Player now allows Android owners to send tunes wirelessly to Apple AirPlay-enabled devices (certain Denon stereos, Apple TV, Apple Airport Express, Sonos, etc.), with an optional $5 AirSync feature, just as if your Android were an iPhone.

Music Beta by Google (free): Google has released its 20,000-song cloud-based music locker, in case you missed that, playable with its Android app.

Almost Hands Free (free): Although it’s not new, Almost Hands Free warrants mention due to the way it lets Android owners control their music playback with their voices — the same way iPhone owners can, using that device’s native voice commands.