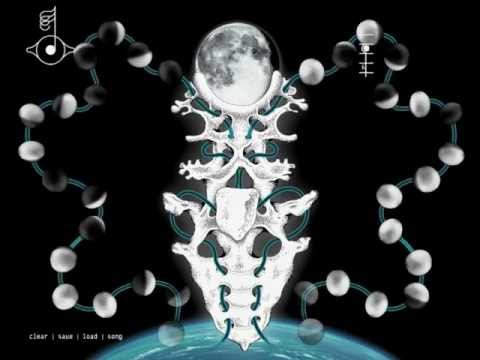 When we first heard about Björk’s Biophilia, the first full-realized “app album” ever released, we became a little bit obsessed with it, interviewing developers (including a 19-year-old wunderkind), reviewing the song apps, and the like.

Say what you will about the music, but nothing has come close to the way Biophilia re-imagined the album as something functional. It makes the static cardboard album art whose loss has been so bemoaned over the years look like, well, cardboard.

Björk’s lead developer Scott Snibbe alerted Evolver.fm to the fact that the entire suite of apps is now available within the free “mothership” Biophilia app, which is free (each song app costs $2 — or you can buy them all for $10 (a 50-percent discount).

Here’s a screenshot from each song, courtesy of Snibbe, along with a choice quote about how it will blow your mind. To buy them, you’ll need the latest version of Biophilia for iOS.

“The app opens with a musical sequencer arranged as pearls strung out like ribs projecting from a central spine.” (Read more about how it was made.)

“‘Thunderbolt’ is a Björk song and music app that plays with the sound of lightning. The app contains an original song, an instrument for making arpeggio basslines, an animation of the music, [a] notated score which can be used karaoke-style, and an essay exploring the ideas behind Björk’s exploration of electrical energy and musical structures.”

“At the start of the interactive game a crystal seed floats through tunnels, scraping crystals of other colors from the tunnel’s walls to it as it moves.” (Read about how it was made.)

“In ‘Cosmogony, modern cosmological big bang theory appears alongside native American, Chinese, and Australian aboriginal creation myths, revealing the different ways humans have tried to understand their origins and the wonders of the universe.” (Read about how it was made.)

“The music app opens onto 12 circles on the screen corresponding to the 12 pitches of the equal-tempered chromatic scale. Press a circle, hear that note, and watch as the particles on the screen rearrange according to each circle’s magnetic field.”

“‘Hollow’ is Björk’s multimedia exploration of genetic inheritance and ancestry. The app contains Björk’s song, a linear animation journeying through the microscopic and molecular world inside us, an interactive molecular music environment, scrolling animation of the music, a music score which can be used karaoke-style, and an essay exploring the inspirations for the track and their musical expression.”

“The app is part musical instrument, part sonic artwork, and part scientifically-informed educational animation. Play the app in song mode and watch the life cycle of a virus. Play in instrument mode and use it to create music.” (Read more about it.)

“The sounds are sonic snippets from the song ‘Sacrifice,’ which you can combine as you type.”

“The hemispheres try to unite but excess energy keeps them apart. With the chorus the scene shifts to a planetary cutaway. Touch the spinning shells of the planet’s interior to open it up like a Russian doll.”

“In interactive mode you can drag rays of light out of the sun and flick planets into orbit. Each ray acts like a string on a harp; each string is plucked by the planets as they pass.”

After tracking this app album from its earliest stages, interviewing two of its developers, and playing around with it extensively, we can safely say we’ve never seen anything like it.

Granted, not every band has the resources to make something like Biophilia, but it offers one key lesson to artists of all stripes: They might want to get to know an app developer or two.

(Screenshots from the iPad version courtesy of Scott Snibbe)

Serenade
The Official Rolling Stones App
Music Mover - Your Playlists: Only as Long as You Need Them